Colorized Photos Of What WWI Looked Like At The Time Cities Across First-World Countries Were In Ruins

World War I changed the world in ways we still feel today. It also ended the lives of more than 16 million people across all of Europe. Unlike WWII, which finds itself on the silver screen as often as Marvel characters, WWI receives comparatively little attention.

Obviously there were wars before World War I, but this was the first time that photography played a major part in spreading the story of the men who gave their lives at the turn of the century. Unlike the Civil War, which saw photographers snapping well framed shots of the military during downtime, the photography of World War I brings the viewer inside of the destruction of battle. Now in color, these photos feel like they could be taken today.

The devastation of World War I. (toxicremnantsofwar)

Many people probably don’t even know who Franz Ferdinand was or why his assassination set off a chain of events that ultimately embroiled over 30 nations in bloody conflict, since most people didn't really pay attention in history class. These are the snapshots of the first modern world war and the stories behind them. A balloon apron that is suspended in order to defend London from air attacks.

Long before satellites or drones gave us eyes in the sky, hot air balloons served as crucial purveyors of the enemy landscape. All major combatants of WWI utilized observation balloons to monitor enemy trench lines and troop movement. Yes, airplane flybys could also examine enemy soldiers from above but to effectively coordinate long-range artillery, real-time reports were required.

Therefore, spotters, suspended high above, typically 3,000 feet, by steel cable shouted any and all observations via wired telephone. Of course, information is power so these observation balloons became high-value targets for steely pilots and consequently, well guarded by anti-aircraft guns.

It’s worth noting that these weren’t fun, comfortable hot air balloons you see today. They were called “kite balloons,” much smaller and aerodynamic, capable of handling adverse weather conditions. Can you imagine being suspended 3,000 feet in the air, buffeted by high winds, and the target of enemy fighters while attempting to report vital information? And you thought your job sucked.

The terrors of trench warfare can only be imagined. (collectorsweekly)

Due to the era in which it occurred, WWI was fought in brutal trench conditions. Death could come from a sniper’s bullet, mustard gas, or a number of diseases like dysentery, cholera, and typhus due to unsanitary conditions. There were even diseases called trench foot due to constant wetness often requiring amputation or trench mouth caused by the stress of ever-present bombardment.

“No Man’s Land,” the space between two trenches of opposing forces usually spanned between 50 and 250 yards. Obviously, the trenches served as protection from artillery fire, snipers, even aerial bombardment. Troops would attempt to cross “No Man’s Land”, dodging landmines, barbed wire, and enemy fire in hopes of reaching the opposite trench and inflicting damage.

As you can imagine, the vast majority of these charges were foiled, which played a huge factor in the massive death toll. In the 1916 Battle of the Somme in France 60,000 British troops perished on the first day of fighting alone. In an attempt to break the grisly stalemate caused by the nature of trench warfare, the Brewster Body Shield was developed. A would-be cross between C-3P0 from “Star Wars” and the Tin Man from “Wizard of Oz,” the Brewster was originally designed by Dr. Guy Otis Brewster for boxing training! After an overhaul devised to withstand bullets, Dr. Brewster donned the 110 lb. two-piece suit himself and invited the military to see it in action.

The test of the armor was first the collision of a hammer, then a sledgehammer, before ultimately taking live fire from a Springfield rifle. Dr. Brewster reported from inside his metal man armor that the impact of the bullet was “only about one-tenth the shock as being struck by a sledgehammer.” The military deemed the suit too cumbersome and unwieldy for the battlefield. There was also the issue of being barely able to see.

Undeterred, Dr. Brewster went back to the drawing board and created another suit capable of withstanding fire from a Lewis Machine Gun. Again, the good doctor had enough confidence in his creation to act as the guinea pig inside taking fire. Unfortunately for Dr. Brewster, the problems of mobility and vision remained. Women testing the guns they assembled at the Inglis munitions plant in Ontario Canada during World War II 1944.

Without question, the bravest, toughest, and most courageous during WWI were the soldiers and front line troops. However, back home in the factories thousand upon thousands of housewives and grandfathers worked tirelessly to create the endless amount of munitions to fuel the unstaunched fighting.

Auto manufacturers across America switched their assembly lines from producing model Ts to tanks, airplanes, ambulances, and ammunition. When America entered the War we sent over our bravest fighters but we also added the enormous advantage of mass production on a scale never before seen. Over the four gory years of WWI, US exports increased from $1.4 billion to $4 billion. Gas masks became a life saving staple of WWI. Here's a soldier and his dog wearing a gas mask.

War will always be a brutal affair. But the depths of its savagery were seen in the deployment of poisonous gas during WWI. In the first months of the war, the French used non-lethal gas to attempt to impede the German invasion. Quickly, the extent to which chemical warfare was used and its severity ratcheted up.

In Ypres, Belgium, German forces unleashed more than 6,000 cylinders of chlorine gas which wafted a yellow-green cloud as large as sandstorms unto the Allied forces. The most feared of all chemicals was mustard gas, difficult to detect and a terrible way to die. Many of the horrors of mustard gas are too appalling to tell. The effects began with vomiting, severe blistering of the skin and lungs, often followed by temporary blindness if you survived.

By the end of WWI, it’s estimated that roughly 124,000 tons of chemical agents were deployed. Once the war was over, sanity prevailed and the use of chemical weapons was banned. Even though WWII saw many, many horrors, the mass use of chemical warfare was avoided.

The this package was what the U.S military distributed to soldiers in order to keep their Johnson's safe. (collectorsweekly)

One might not expect the burden of practicing safe sex to be on the minds of men hunkered down in murderous trenches miles long. But 5%, about four million men, suffered from the effects of venereal disease during the war. At first, American and British governments resisted the desire to distribute condoms due to the belief that it would “encourage fornication.” However, at one time an estimated 11,000 troops were in hospital due to venereal diseases.

When you consider the recovery time of syphilis to be five weeks and four for gonorrhea, that’s a massive drain on military manpower due to sex. According to the Wall Street Journal, the Army lost almost 7 million man-days due to STDs. Only the influenza pandemic of 1918 accounted for more lost days during the war. Instead of condoms, the military issued a “DoughBoy Prophylactic” kit to treat disease after it had been contracted.

At one point, France offered to set up “special houses” for American soldiers to have access to registered prostitutes. Apparently, the offer prompted Secretary of War Newton Baker to say, “My God, if [President Woodrow] Wilson sees this he'll stop the war." British historian A.J.P. Taylor credited WWI with promoting the use of condoms in the U.K. The “war introduced millions of men to an effective male contraceptive, the sheath.” 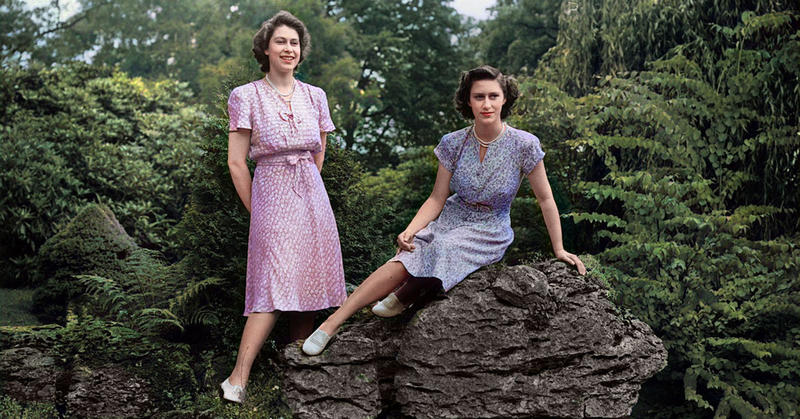 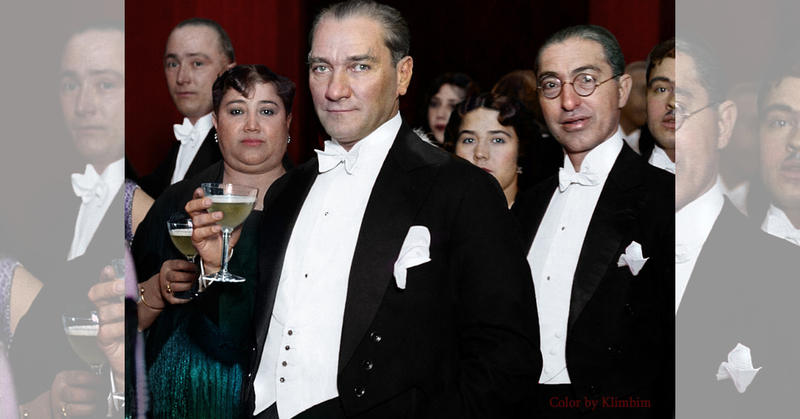 Mustafa Kemal Ataturk at the Wedding of his Adopted Dau... 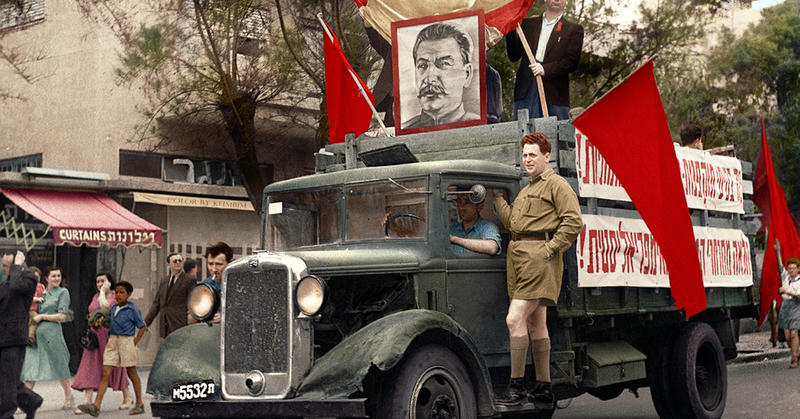 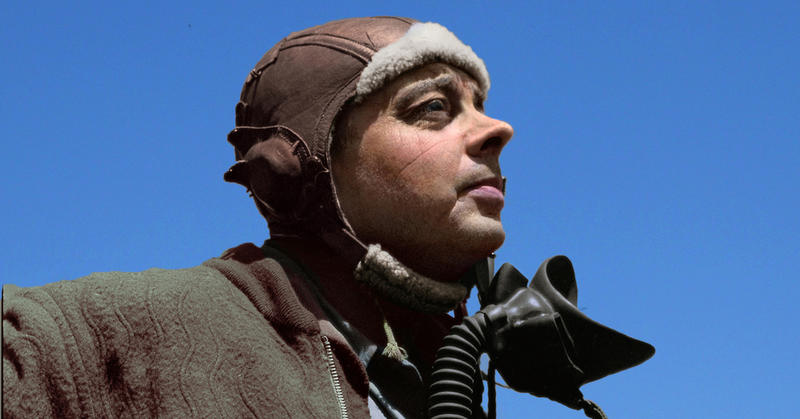 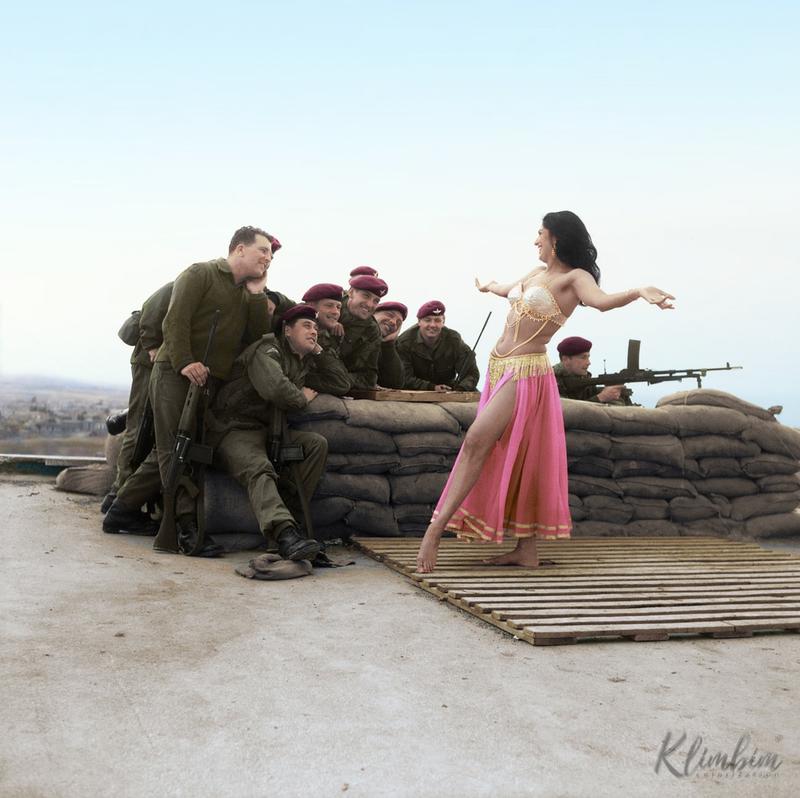 A Belly Dancer Dances for British Troops on Cyprus, 196... 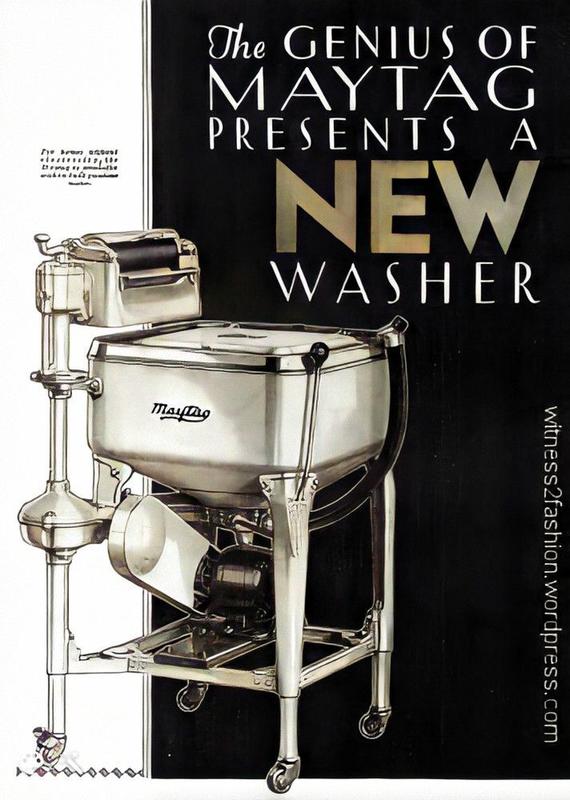 The Very First Laundromat Ever: 'Washateria' The Washin... 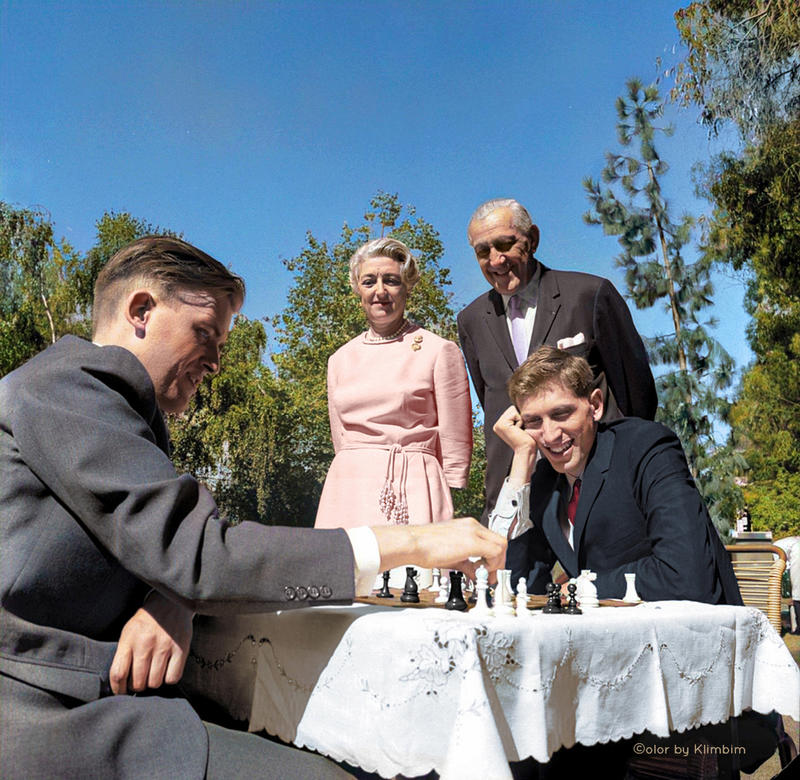 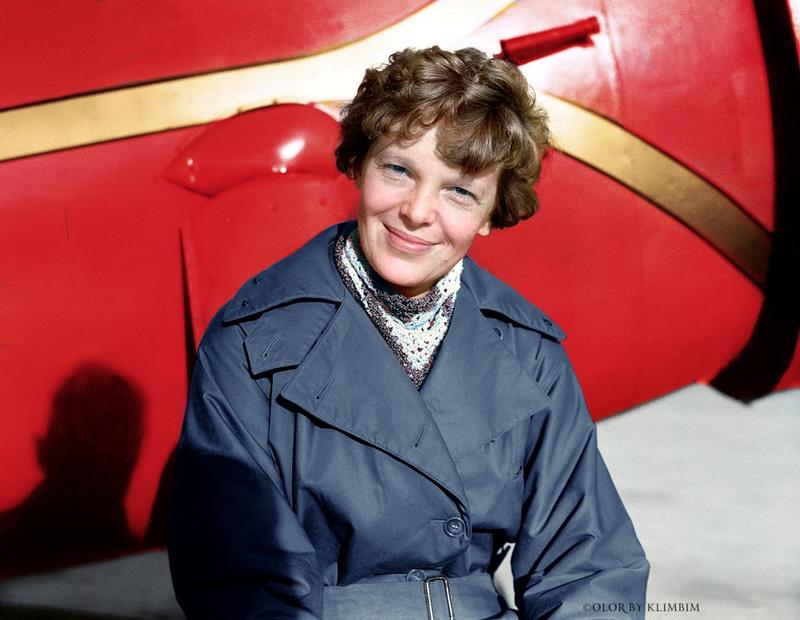 Amelia Earhart with her Lockheed Wasp-powered Vega in 1... 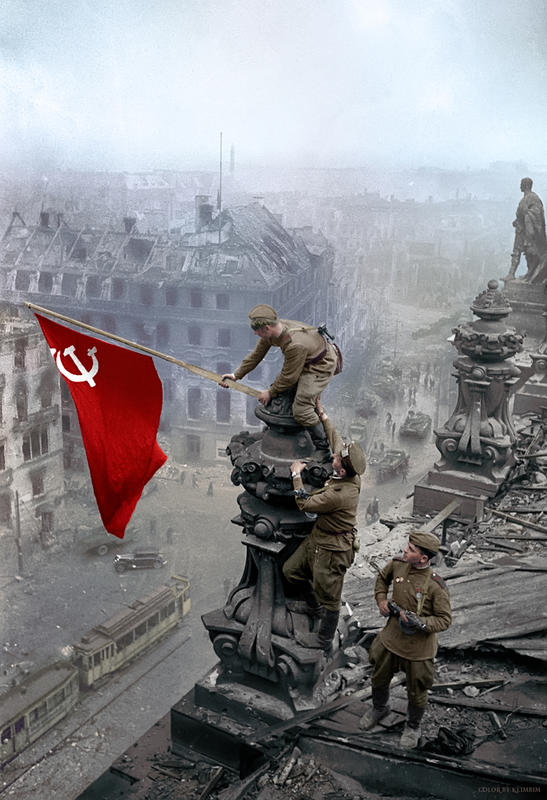 Soviet Soldiers Raising the Flag of Victory Over the Re... 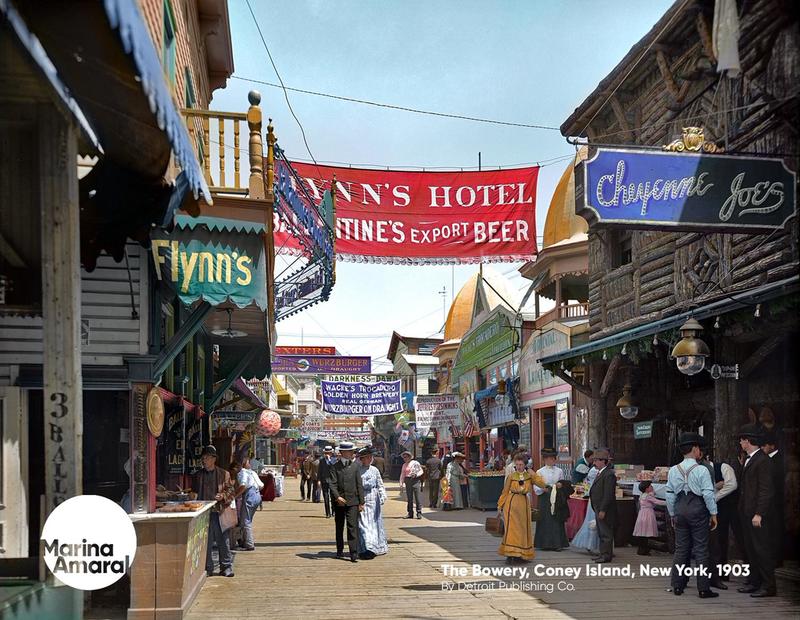 The Bowery at Coney Island, New York, On A Normal Day I... 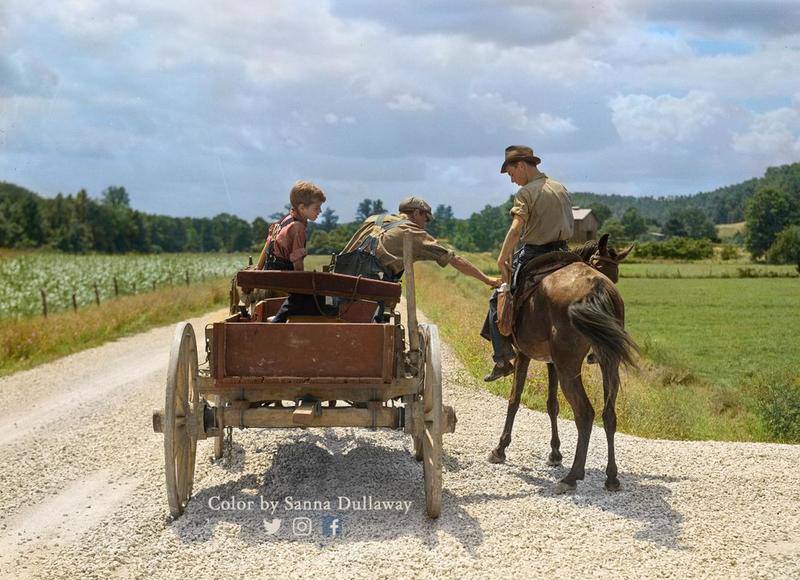 1940: A Rural Mailman Switches Letters With Another Who... 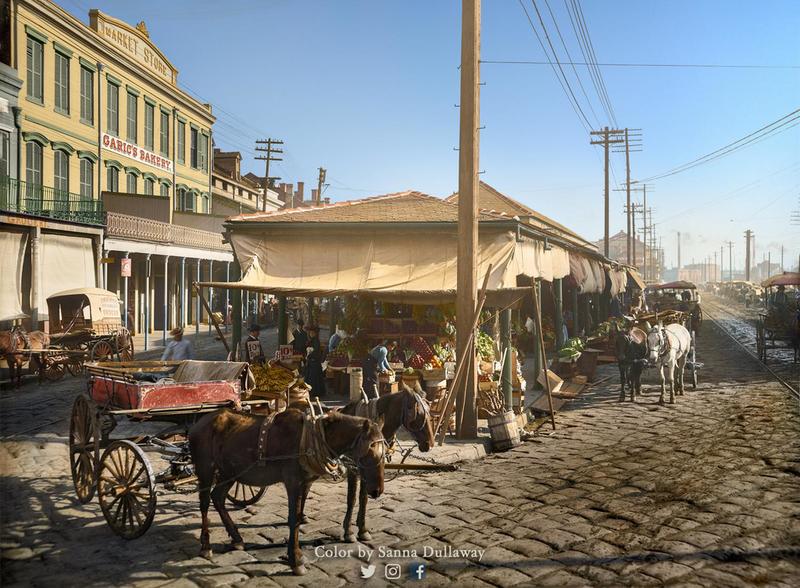 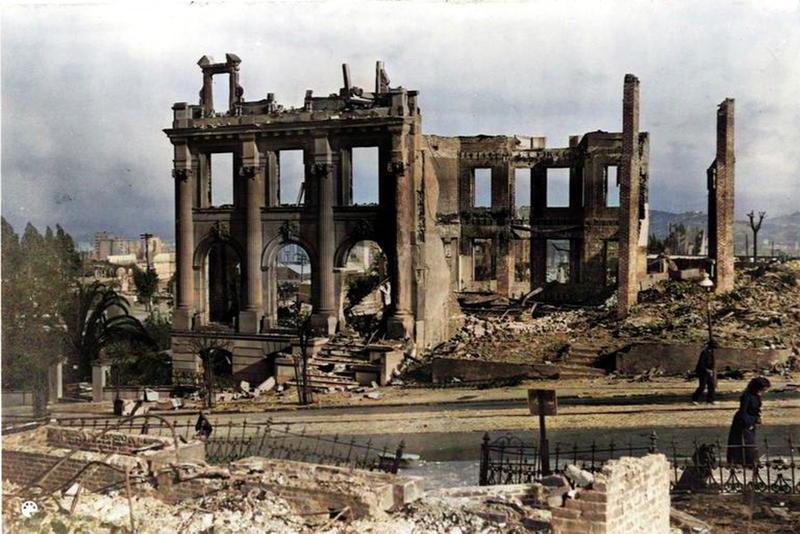 The Destruction Left After The 1906 San Francisco Earth... 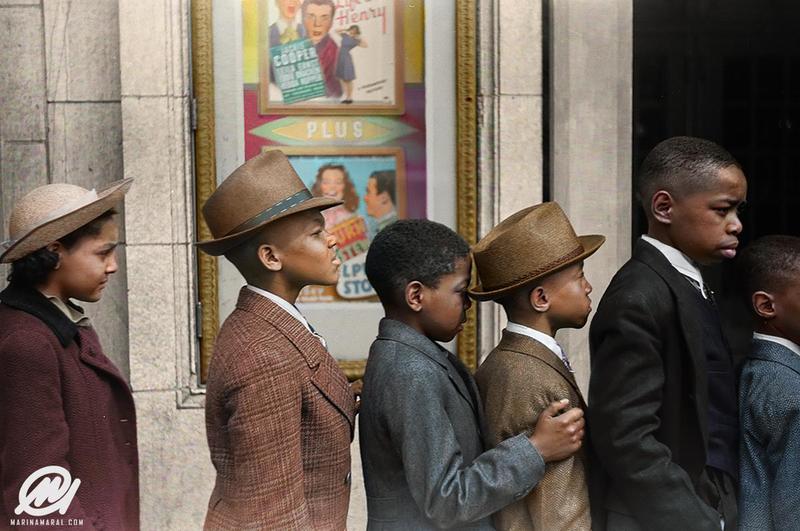 Children In Front Of A Moving Picture Theater, Chicago,... 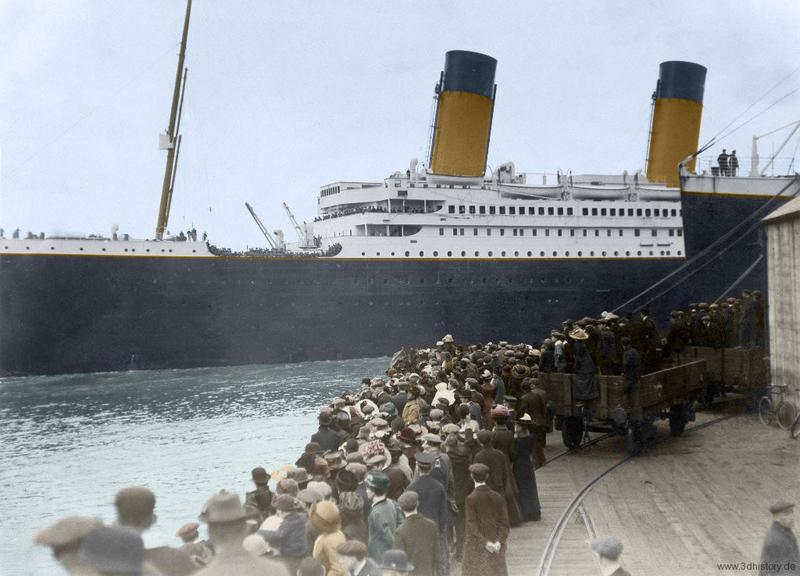 Colorized Photos Of The RMS Titanic Before Its Maiden V... 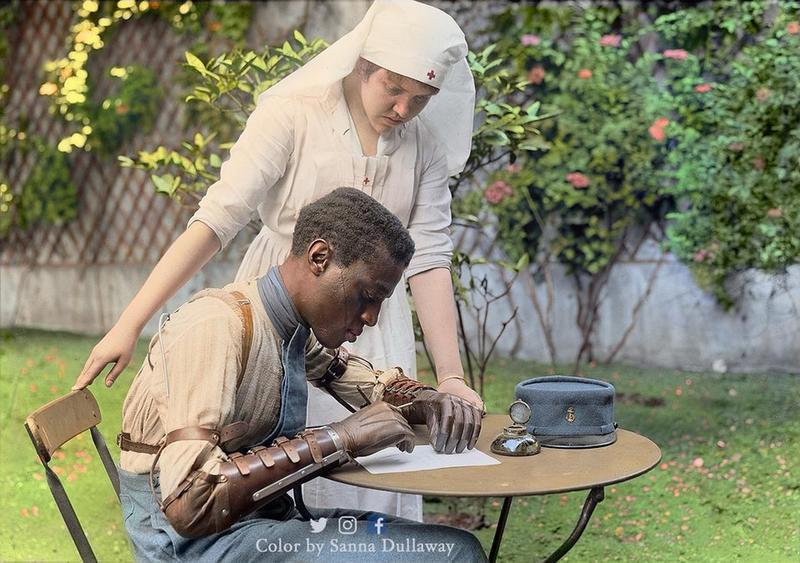 Senegalese WWI Soldier Who Lost Both Arms Writes A Lett... 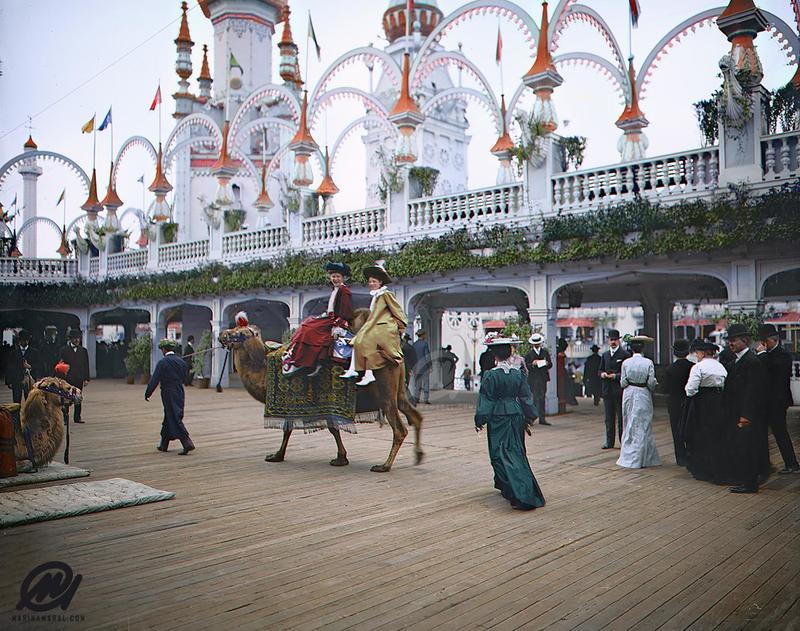